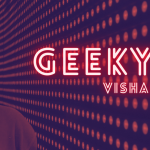 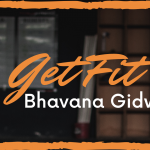 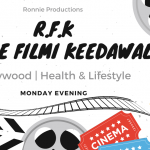 A particular society in Daman has a bungalow no. 6 which is supposed to be haunted. No one dares to enter the gate of this bungalow Rashmi is married to Asif, due to the Hindu Muslim inter-caste marriage, her parents had disowned her… but the mother has a change of heart after few years and things become good Rashmi along with Asif goes to her parent’s house for a few days stay. Her father’s bungalow is in the same society which is having that haunted place and the story begins…

Asif does not believe in ghosts, spirits and all But things become funny then ugly and then dark and then darker when the secret is out regarding bungalow no. 6 Kiara Advani gets a few songs and some irrelevant scenes as her role she is shown much healthier than what she actually is, maybe to match up to her pairing with the mid-50s aged Akshay Kumar Rajesh Sharma and Manu Rishi are in as Kiara’s father and brother’s role respectively….. good Ayesha Raza Mishra as Kiara’s mother and Sharad Kelkar as Laxmi Sharma…..very good Kiara’s sister-in-law Ashwini Kalseker ( regular member in Rohit Shetty’s movies ) is impressive…..never knew she had such good comic timing. The director almost fully kept the load of providing humor on her shoulders in this otherwise horror film… and she delivers effectively Akshay Kumar… as usual, the entire film’s load is on him. He is possessed by the spirit of a transgender Laxman / Laxmi Sharma. He does well to act as a female… with that walking, talking, expressions and at the same time maintaining that dreaded fierce look of the ghost inside him it’s not well scripted and not well made like science and logic based Bhool Bhulaiya wasOrIt’s also not that effectively presented like StreeBut the story is good when Laxmi’s story is shown from her childhood times and up to her tragic death, you are bound to get emotional. It is shown that how miserable is the life of these transgender people My advice to Akshay would be…We know it’s based on a south movie (Kanchana), but you should have taken a Bollywood director only for this one, since Raghava Lawrence directed it, you will feel the flavor of watching south side films. The audience taste varies from region to region so I feel a Bollywood director would have done better justice to the story Try out if you are interested in watching some scary thrilling moments…. #akshaykumar #laxmii